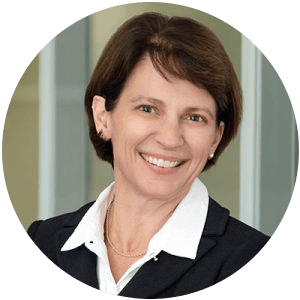 Dr. Shelly Gunn is the Chief Medical Officer of ResearchDx and Medical Director for PacificDx Clinical Laboratory, Irvine, California, a subsidiary of ResearchDx.

A Board Certified Pathologist, Dr. Gunn specializes in genomic biomarker identification for the delivery of precision medicine in cancer, chronic disease, and wellness. Dr. Gunn’s Boards, Licensures, and Certifications include the American Board of Pathology, Certified in Clinical Pathology, Texas, New York, and California licensure, as well as a New York State Certificate of Qualification in Molecular and Cellular Tumor Markers.

Through her multiple peer-reviewed publications and speaking engagements across the US, Dr. Gunn has established a reputation as an expert in the field of breast cancer molecular pathology. A prolific writer, Dr. Gunn’s research has appeared in numerous scientific publications including Leukemia, Journal of Molecular Diagnostics, and Modern Pathology.

Having received a combined MD, PhD degree from the University of Texas Health Science Center Medical School in San Antonio, Texas, Dr. Gunn went on to complete a clinical pathology residency at the UTHSCSA Medical School. After serving as an Assistant Professor in the UTHSCSA Department of Pathology, she joined Combimatrix Molecular Diagnostics, Inc. in Irvine, California as their Medical Director from 2006 to 2012. Prior to joining ResearchDx, Dr. Gunn was the Chief Medical Officer and Laboratory Director of Molecular Health’s next-generation sequencing laboratory in The Woodlands, Texas.

Dr. Gunn’s Awards include recognition as the 2003 recipient of the Association for Molecular Pathology (AMP) Young Investigator Award for outstanding translational research and the 2002 recipient of the UTHSCSA Medical School Carl A. Klein Award for excellence in Pathology.

Top
YOUR COMPANION IN DIAGNOSTICS ®